THE PEOPLE BEHIND THE INITIATIVE 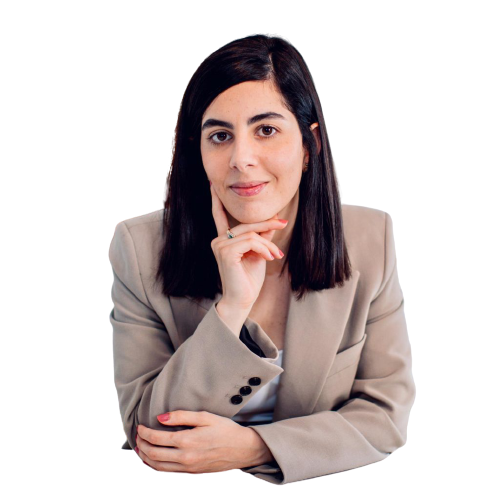 Shahar comes from a strong technical background in the Semiconductors industry, working as a Process Engineer at global tech companies and as an R&D Engineer in the Chemical industry.

Shahar brings experience in Business Development, Strategy, and Partnerships Management. In her previous role, Shahar worked as a Strategy Consultant and managed the 9900 Alumni Association.

Shahar holds an Honored B.Sc. in Chemical Engineering and a Strategy Consulting certification, both from the Technion, Israel Institute of Technology.

Shahar has a personal interest in leading a change in the Israeli tech industry, and a true belief in an actual change as the key to a better, thriving society and a strong Israeli economy. 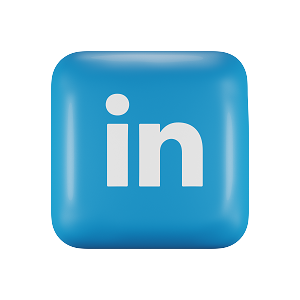 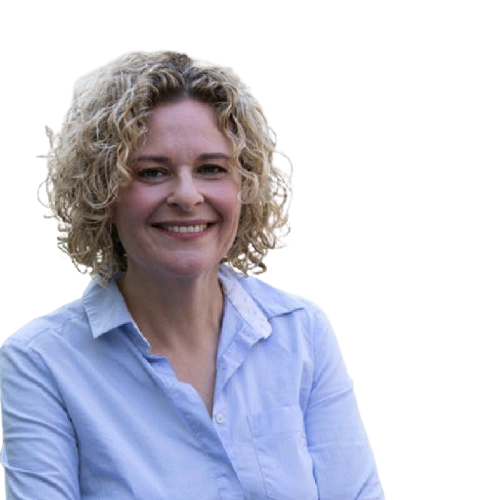 With over 25 years in the field of social change, Galit is an expert in assimilating diversification and inclusion as well as accompanying human resource processes in startups and large public companies and organizations. She specializes in implementing gender diversity and promoting women in management and career development positions.

Galit leads the development of professional products, work plans and their implementation for the initiative.

With over 20 years of experience in tech management, product and operations, Tanya brings rich experience in translating market needs into high-quality, user-friendly products and ensuring quality implementation and deployment of SaaS products and solutions.

Having served in a variety of leading technology roles both in Start-Ups and large corporations, Tanya strives to be an accelerator in increasing the participation of women and other under-represented groups within the hi-tech industry as a whole and in technological roles specifically.

Social impact initiatives have played an important role in Tanya’s career and personal life – she served as Spokesperson for The Association of Rape Crisis Centers in Israel and currently takes part in the Ment-Or initiative as a Business Mentor to CEOs and Managing Directors of non-profit organizations.

Tanya holds a B.A. in Computer Science and Psychology, and an MBA, both from Tel-Aviv University.

Maya is a psychology and sociology student with experience in managerial and educational positions and a social activist. Maya worked with at-risk youth and performed command and training positions in the army. Maya comes to the initiative out of a commitment to integrating marginalized groups into Israeli society in the high-tech industry and out of a desire to be a partner in the profound change in the arena. Maya’s desire to delve deeper into diversity from a psychological and sociological perspective Compatible and parallel to her studies in academia and motivates her to act to reduce unconscious biases and promote a change in habits and paradigms.

Organizational Sociologist, Speech, Language & Communication Disorders Therapist and Senior Group Facilitator and Instructor.
20 years of experience working with people with Autism while promoting inclusion and development. Samantha has worked in different health organizations, non-profit organizations and has experience consulting in different Hi-Tech companies. Samantha believes in social responsibility and strives to combine her knowledge and experience as a sociologist, OD and therapist to promote diversity, inclusion and a sense of belonging for people with disabilities . Samantha holds a master’s degree (MA) in Organizational Sociology with honors and a BA in Communication Disorders. In addition, she has a certificate in Art Therapy. 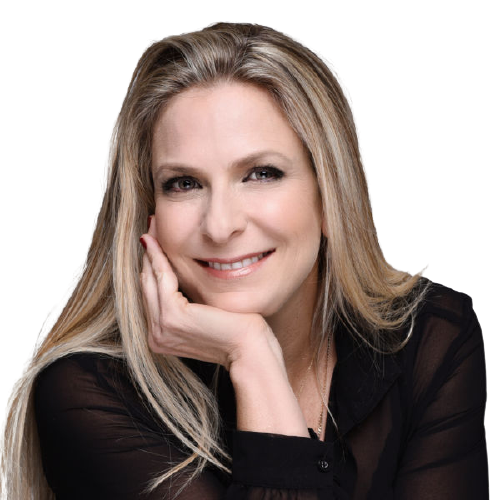 At Qumra, Sivan is a Board member in Sweet Inn and Joytunes as well as co-led the investments in Fiverr and Riskified.
Her career spans venture capital investing as well as operational sales and marketing experience gained at startups and global high-tech companies.

Sivan was a principal in Evergreen Venture Partners since in 2004, where she focused on Communications, Enterprise Software and Internet investments.

Before that she led acquisition of FTSE 500 key accounts in O2 Telefonica UK as Business Development Manager.

Previously, Sivan was Sales & Marketing Manager at Starhome, a leader in value-added mobile roaming services, where she was responsible for building the sales & marketing infrastructure in Europe.
Additionally, Sivan is a founding leader of the Women Founders Forum, which supports women CEOs of young startups raising funds and taking key decisions for their ventures.

Sivan holds a BA in Business Administration majoring in Finance from the Israel College of Administration, and an Executive MBA from the University of London. 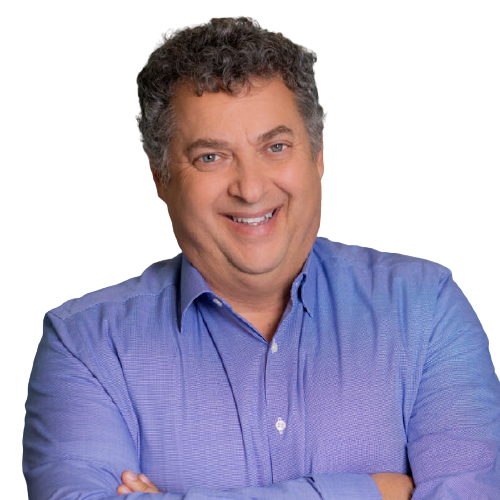 Prior to founding Vintage in 2002, Alan Feld was a general partner at Israel Seed Partners and at Vertex Ventures. Prior to Vertex, Alan was the Managing Director of Evergreen Capital Markets/Robertson Stephens Israel. Before moving to Israel in 1994, Alan was at Goodman’s (Toronto), one of Canada’s leading corporate law firms.

Alan was Founding Chairman of StartUp Jerusalem, a non-profit organization run by Israeli and Palestinian businesspeople helping to foster job growth in Jerusalem. He served as Chairman of the Steering Committee of the Be’eri project, an initiative of the Hartman Institute, and is also a former board member of the Israel Democracy Institute and the Jewish Funders Network (US). Alan also served as Associate Chairman of the Canadian Jewish Congress, President of the North American Jewish Students Network and a board member of the Canada Israel Committee and Kolot (Jerusalem), a pluralistic adult Jewish education program.

Alan received an MBA from York University in Toronto, an L.L.B. from Osgoode Hall Law School in Toronto and a B.A. in Commerce and Finance from the University of Toronto.

Kobi, a serial entrepreneur at heart with over twenty-five years of experience in various technology and investment fields, co-founded Glilot Capital Partners in 2011. Kobi’s vision for Glilot was to provide an environment for a solid partnership and investment model between entrepreneurs and investors.

Kobi brings his previous experience in building businesses and effective execution to his role in Glilot’s portfolio. His contributions have resulted in five exits and a strong portfolio.

Prior to founding Glilot, Kobi founded and successfully exited several technology companies including Lamda Communication Networks (acquired by NICE Systems) and iWeb Technologies (acquired by a Japanese consortium). He was a member of the founding team of Infogear Technologies, the creator of the original iPhone (acquired by Cisco). Kobi served as an Officer in an Elite IDF technology unit

Kobi is one of the founders of the Power in Diversity initiative. 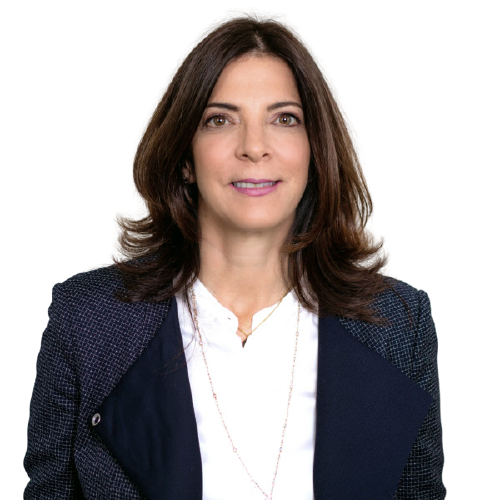 Ruthi is the Founder & General Partner of Viola Credit, Viola Group’s venture lending investment arm. She is a veteran of lending in Israel with 25 years of experience in debt, including hi-tech, mezzanine and distressed lending.

In 2000 Ruthi co-founded Viola Credit, Israel’s pioneer venture lending fund. Under her leadership, Viola Credit has raised five different funds and made one of the largest distressed deals in Israel.

Previously, Ruthi was the Manager of Bank Hapoalim’s Hi-Tech Finance Division, where she established the Bank’s venture lending activities (and it was the first Israeli bank to launch such an initiative).

Ruthi holds a Bachelor’s Degree in Economics and an MBA with a major in Finance from Tel-Aviv University. 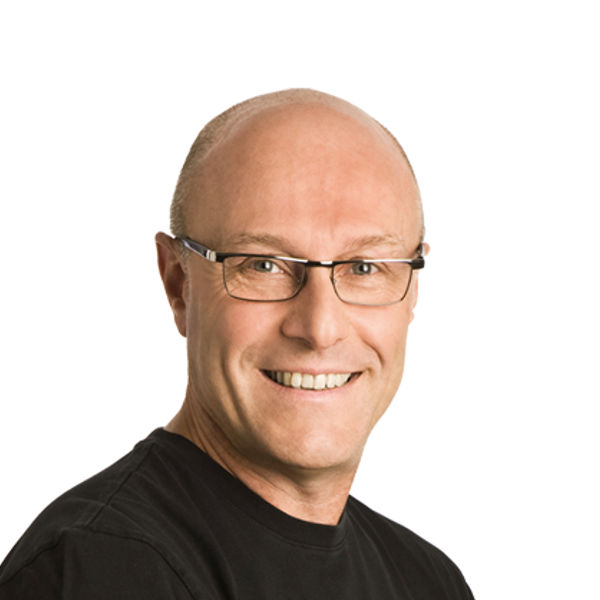 Isaac Hillel joined Pitango in 2000 and has been investing in both early stage and late stage investments primarily in wireless, video, e-commerce and SaaS.
In the past five years, he has been focusing on investments from Pitango Growth Fund, investing in companies scaling from $10-50M to hundreds of millions of dollars in revenues, which are aiming to be category leaders. Among his investments in the Growth Fund are AppsFlyer, Via, Foursquare, Zerto and Signals Analytics.

Isaac currently serves on the Board of Directors of: AppsFlyer, Celeno Communications, Applicaster, Signals Analytics and is an observer on Zerto and Foursquare’s Board. He formerly served on the Boards of: LiveU (acquired by Francisco Partners and IGP Fund), Borderfree (NASDAQ: BRDR) acquired by Pitney Bowes, Sansa Security acquired by ARM, AeroScout acquired by Stanley Healthcare Solutions and Scopus (NASDAQ: SCOP), acquired by Harmonic.

Prior to joining Pitango, Isaac served as an Executive Vice President at NEC Computers International (previously Packard Bell NEC), and was in charge of the Computer Divisions in Europe, Middle East and Africa.

During his tenure, he established the operation of Packard Bell EMEA, set up subsidiaries and manufacturing facilities, managed mergers and joint ventures, and led the company to become Europe’s #1 home computer brand, with over $1.5 Billion in sales.

He holds a B.Sc. in Electrical Engineering from Tel Aviv University and an MBA from the Anderson School of Management at UCLA.